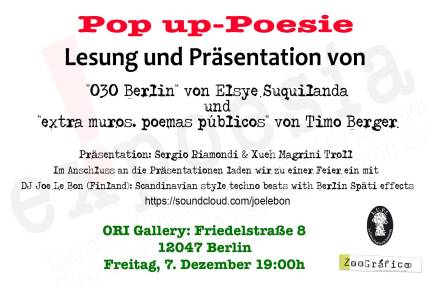 The Andalusian Chicho dog, on the dining room table, looks with certainty, a halo of light illuminates his face in the facilities of the “Kollektiv Dunckerstraße” in the city of Berlin, while an Amasauna prepares for the polar temperatures of papaya vodka Latin poetry.

It was the year 2013 when Tatyana’s scarf began to shelter us gently, we became a man without a past, as a Leningrad Cowboy who had lived in the United States, lately I have adopted his peculiar style of wearing hair as the members of this troop with Pointy boots. When I came to Europe for the first time I woke up in the port of Le Havre, the Bohemian life; it reminded me that in my house we are four members who have come from different latitudes of the planet, with different histories.